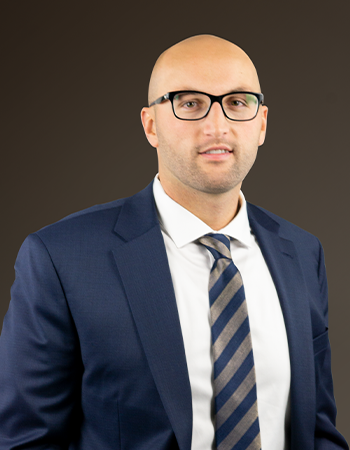 Joshua R. Traver focuses his practice on every aspect of family law including divorce, custody and support, adoption, premarital agreements, separation, and paternity, among other matters. He is also an experienced litigator, having secured numerous acquittals in jury and non-jury trials.

Josh is a former Public Defender with Dauphin County where he represented clients at every stage of their legal cases, from prison visits to hearings to trials. While still in law school, Josh’s work with the Harrisburg Civil Law Clinic included representing indigent individuals in various areas of civil practice including simple divorces and custody disputes. He also interned at the Public Defender’s Offices of both Dauphin and Adams counties.

Josh is a graduate of Indiana University of Pennsylvania where he studied criminology and pre-law. He obtained his Juris Doctor from The Widener University Commonwealth Law School in Harrisburg, where he was an active member of the law school’s Trial Advocacy Honor Society. Josh and his wife live in Mechanicsburg with their Bichon/King Charles Cavalier mix, Benji. In his free time, he enjoys golfing, watching sports, and volunteering as a Mock Trial coach for the Widener University School of Law Mock Trial team.