CARLISLE, PA – It is with great sadness and a profound sense of loss that the law firm of Abom & Kutulakis LLC announces the death of its founding partner and senior attorney Jason P. Kutulakis. Jason died this morning at his home leaving behind his beloved wife, Joanne, and their beautiful daughter, Alexandra. The cause of death appears to have been a heart attack.

“The Carlisle legal community has lost an immensely talented and dedicated attorney,” Jay Abom, managing partner and co-founding partner of Abom & Kutulakis, said. “Jason was my partner, my friend and the best and most passionate legal advocate for the welfare of children this commonwealth has ever had. My prayers are with Joanne and Alex at this time of mourning. May we all find comfort in our memories of Jason and his legacy of achievement.”

Jason loved being a lawyer and his greatest passion was the protection of child-abuse victims. From 1999 to 2010 he served as the Solicitor for Dauphin County Children and Youth Services. In 2004, he formed the non-profit organization The Pennsylvania Children and Youth Solicitors’ Association. In 2006, The Pennsylvania Bar Association’s Children’s Rights Committee awarded Jason with The Child Advocate of the Year Award.

In January 2012, Jason was selected to serve on the Pennsylvania Governor’s Task Force on Child Protection. The 11 member Task Force was formed after the Jerry Sandusky-Penn State child sexual abuse scandal to review and make recommendations on how to overhaul the child abuse laws of Pennsylvania including the definition of child abuse, mandated reporter and perpetrator. On November 27, 2012, Jason participated in a public meeting where the Task Force’s Report was revealed. He served on the board of directors of Pennsylvania Family Support Alliance (PFSA) and his counsel was instrumental in helping PFSA secure a Department of Human Services’ statewide contract in 2016 to provide training to mandated reporters of child abuse in Pennsylvania.

As a founding partner of Abom & Kutulakis in 2001, Jason focused his practice on child advocacy, civil litigation, workers’ compensation, and business counseling.

Following his graduation from The Dickinson School of Law, Jason worked on the complex litigation involving Three Mile Island. In 1997, he joined the Dauphin County Public Defender’s Office where his primary responsibilities were in the Appellate and Juvenile Divisions. In 1999, Jason joined the law firm of Marshall, Smith and Haddick, P.C. That law firm focused its practice in the defense of medical malpractice, premises liability, commercial and general litigation and workers’ compensation matters. While working for Marshall, Smith & Haddick, P.C., Jason appeared before workers’ compensation judges in Williamsport, Chambersburg, Reading and Harrisburg. He also litigated premises and general liability matters in Dauphin and Cumberland County Courts of Common Pleas on behalf of major food retail stores. 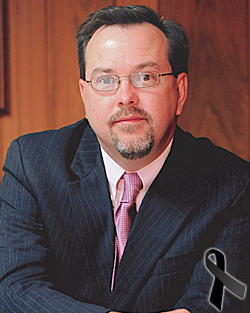