Referring to cellphone data as an “exhaustive chronicle of location information casually collected by wireless carriers,” the Supreme Court of the United States has ruled that a defendant’s cell-site location information (CSLI) is off limits to the government unless it gets a search warrant.

This significant ruling changes a common practice of prosecutors obtaining defendants’ CSLI records via court order under the Stored Communications Act. Under that Act, the government has to show it has reasonable grounds to view an individual’s CSLI records and that the records could be relevant to an ongoing investigation. 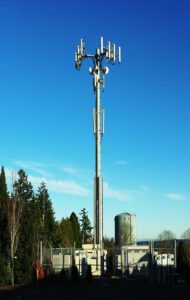 Obtaining a search warrant, on the other hand, requires the government to show probable cause.

The Court noted the significant privacy intrusion that comes from the hour-by-hour documentation of a person’s movements through their CSLI.

In its ruling, the Court wrote, “(W)hen the Government tracks the location of a cell phone it achieves near perfect surveillance, as if it had attached an ankle monitor to the phone’s user.”

The Court stated further, “Moreover, the retrospective quality of the data here gives police access to a category of information otherwise unknowable. In the past, attempts to reconstruct a person’s movements were limited by a dearth of records and the frailties of recollection. With access to CSLI, the Government can now travel back in time to retrace a person’s whereabouts, subject only to the retention polices of the wireless carriers, which currently maintain records for up to five years.”

“Whoever the suspect turns out to be, he has effectively been tailed every moment of every day for five years, and the police may—in the Government’s view—call upon the results of that surveillance without regard to the constraints of the Fourth Amendment. Only the few without cell phones could escape this tireless and absolute surveillance.” 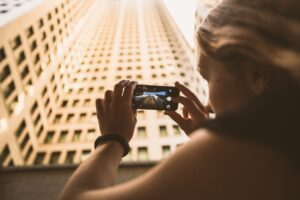 The Court had already acknowledged that individuals have a “reasonable expectation of privacy in the whole of their physical movements,” and said that permitting the government to have CSLI records violates that expectation.

“Before compelling a wireless carrier to turn over a subscriber’s CSLI, the Government’s obligation is a familiar one—get a warrant,” the Court wrote.