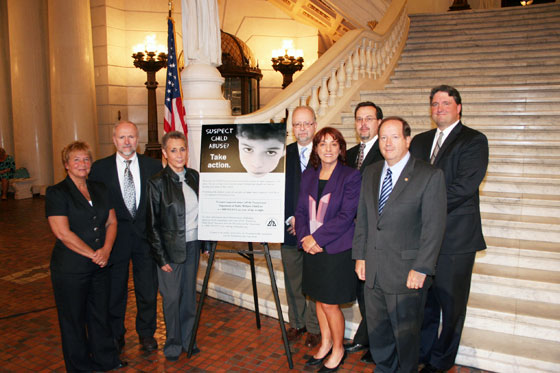 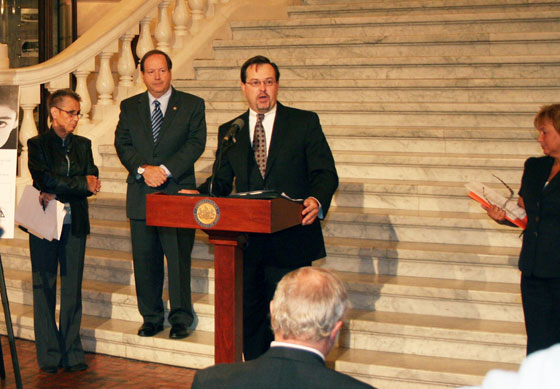 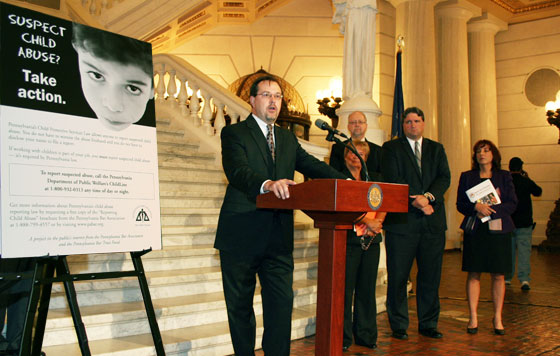 Thirty-four children died in Pennsylvania last year from child abuse, and more than 3,400 cases of reported child abuse were substantiated. A total of 24,378 cases of suspected abuse were reported.

Those statistics along with the high-profile case of Jerry Sandusky’s child sex abuse conviction shine the light on this problem and the need to raise awareness of it. Representatives from the Pennsylvania Bar Association and other children’s advocates gathered in the Capitol Rotunda to announce the launching of a public education campaign to encourage anyone who has a reasonable suspicion of a child being abused to report it.

A copy of an informational brochure talking about child abuse and how to report it is available from the bar association’s website.

“Bottom line, all of us have a duty to protect children,” said Tom Wilkinson Jr, president of the Pennsylvania Bar Association.

The campaign’s message is to take action if a case of child abuse is suspected. That involves calling ChildLine, which is staffed around the clock, at 800-932-0313.

“You don’t have to give your name to make a report about child abuse,” Wilkinson said.

Bruce Beemer, chief of staff to state Attorney General Linda Kelly, said mandated reporters, or those whose professions or positions bring them in contact with children, have a legal obligation to report suspected abuse. But those who are not mandated, he said, “certainly have a moral obligation to step up and do the right thing even if the law doesn’t require it.”

Among the questions that are often asked is whether people can get in trouble for reporting suspected abuse, Beemer said “the standard under which a person is permitted to report without triggering any sort of problem is reasonable suspicion. It’s a very low standard and intentionally so because we want people to step forward and protect children.”

He said another question is whether someone can get in trouble if the suspected abuse they report is unfounded. “If you are acting in good faith out of concern for the welfare of the child, you will not be sued or prosecuted successfully. On the other hand, if you make your report out of malice or to intentionally damage someone by lying about them, you very likely will have legal troubles and you will have earned them.”

Courtesy of JAN MURPHY, The Patriot-News